I use www.lonestarboxbreaks.com for case breaks and "pick a pack" from time to time.  I have had some decent hits before, but none like I had last week.  The way pick a pack works is you go to the site and buy random hobby packs with a number.  Then the packs are mixed up out of the box (on live video feed) and numbered randomly.

I purchased some packs of 2016 Donruss Optic Baseball and Football, 2016 Panini Classic Football.  I also was given a free pack of 2016 NBA Hoops.  Each pack purchased last week got you an entry into a drawing for a 2015 Spectra Garrett Grayson Superfractor.  I had 10 entries and actually won!

First up is the Superfractor I won.  It's of Garrett Grayson from the Saints and it's the first one I have ever had.  Looks really nice in person. 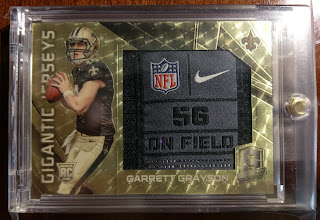 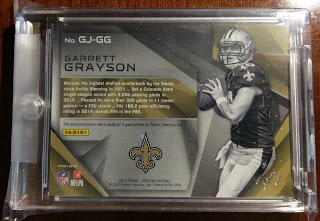 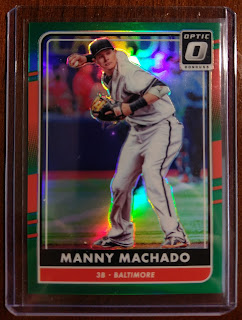 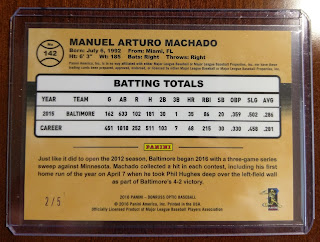 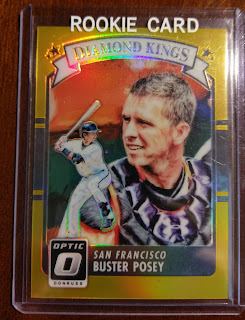 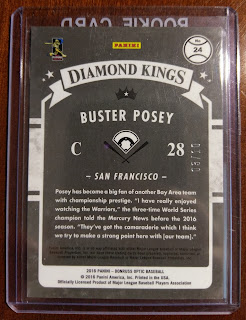 For my NBA Hoops pack I pulled an auto of Dakari Johnson.  I don't follow much basketball, so I haven't heard of this player. 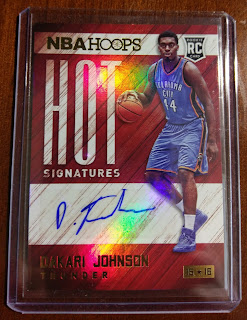 I would say I had some pretty good luck last week.  I'm not PC-ing any of these teams or players, so all of these are up for trade.  I'm always on the lookout for Cubs cards and I want to get some Dak Prescott or Ezekiel Elliot cards.

Gems Of The Game Blaster Box

Happy New Year!  After a very busy Christmas season for me I finally have some time to post some things I bought.  First up, I decided to take a gamble with one of those Gems Of The Game blaster boxes they sell at Wal-mart and Target.  You get 1 graded card, 8 regular packs, 1 fat pack and 1 bonus pack. 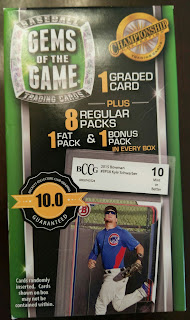 First, the graded card...and I got Cole Hamels from 2011 Topps.  Not too shabby of a player, although I'd be lying if I said I didn't wish for any Cubs player or a Trout, but I doubt they put many of those in there. 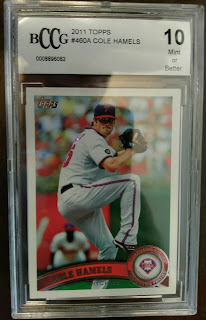 Packs number 1 and 2 are from USA Baseball Champions.  I did pull a numbered card of Ryne Stanek, but that was about it. 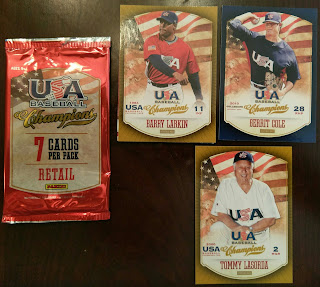 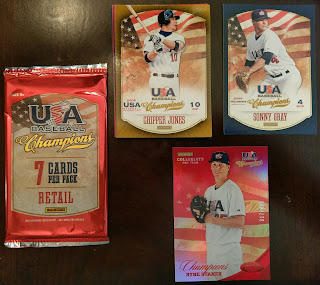 Packs 3 and 4 are from Topps 2012 Series One.  Some neat looking inserts, but again, mostly base stuff. 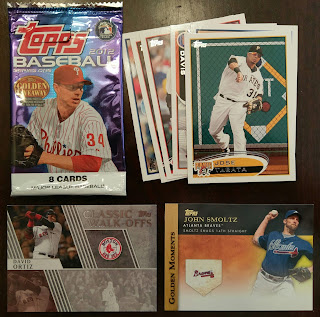 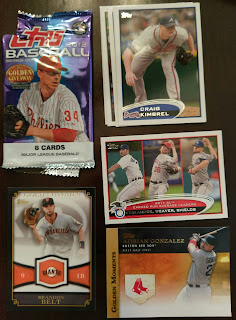 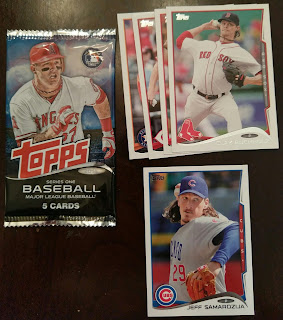 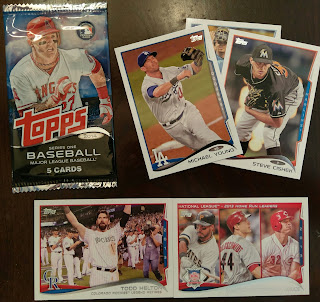 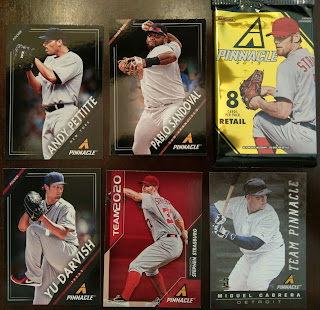 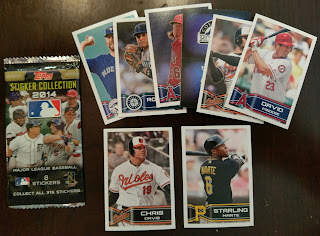 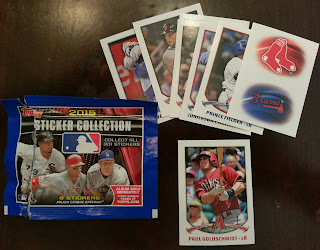 Finally, the "fat pack" that was referenced on the box.  You thought it was gonna be a relic pack too, didn't you?  NOPE.  It's just a jumbo hanger pack of some Topps. 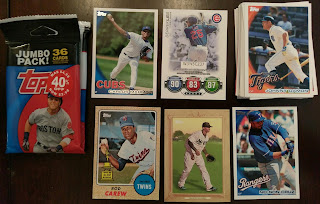 Well, that was a pretty disappointing box to get.  For $20 I didn't expect much, but when you throw in 2 sticker packs instead of real packs, you get negative marks for that.  I wouldn't recommend buying one of these unless its in the clearance section for $5.  The graded Cole Hamels is decent, but the card isn't very exciting to me.  If anyone wants the Cole Hamels I'll throw it into a trade for free.
at January 05, 2017 2 comments: